Together with the Philippine National Health Research System (PNHRS), the activity was facilitated by the Alliance for Improving Health Outcomes (AIHO), a non-stock, non-profit, public health consulting firm that was commissioned by the PCHRD-DOST to assist regional health R&D consortium in coming up their respective regional R&D agenda. Following the National Guidelines for Health Research Prioritization developed by the PNHRS, workshop participants were able to identify the following Health Research Priorities during the consultation:

Similar consultation workshops were also held in the different regions of the country. The consolidated output from these consultations will be incorporated into the National Unified Health Research Agenda (NUHRA) and will be launched in the upcoming PNHRS Week Celebrations in August 2017 at the PICC. It will also be disseminated through newsletters, publications, organizations’ official websites and a formal document that will be sent to all the stakeholders. It is envisioned to be monitored and revisited every two (2) years for the progress and status of the set priorities. 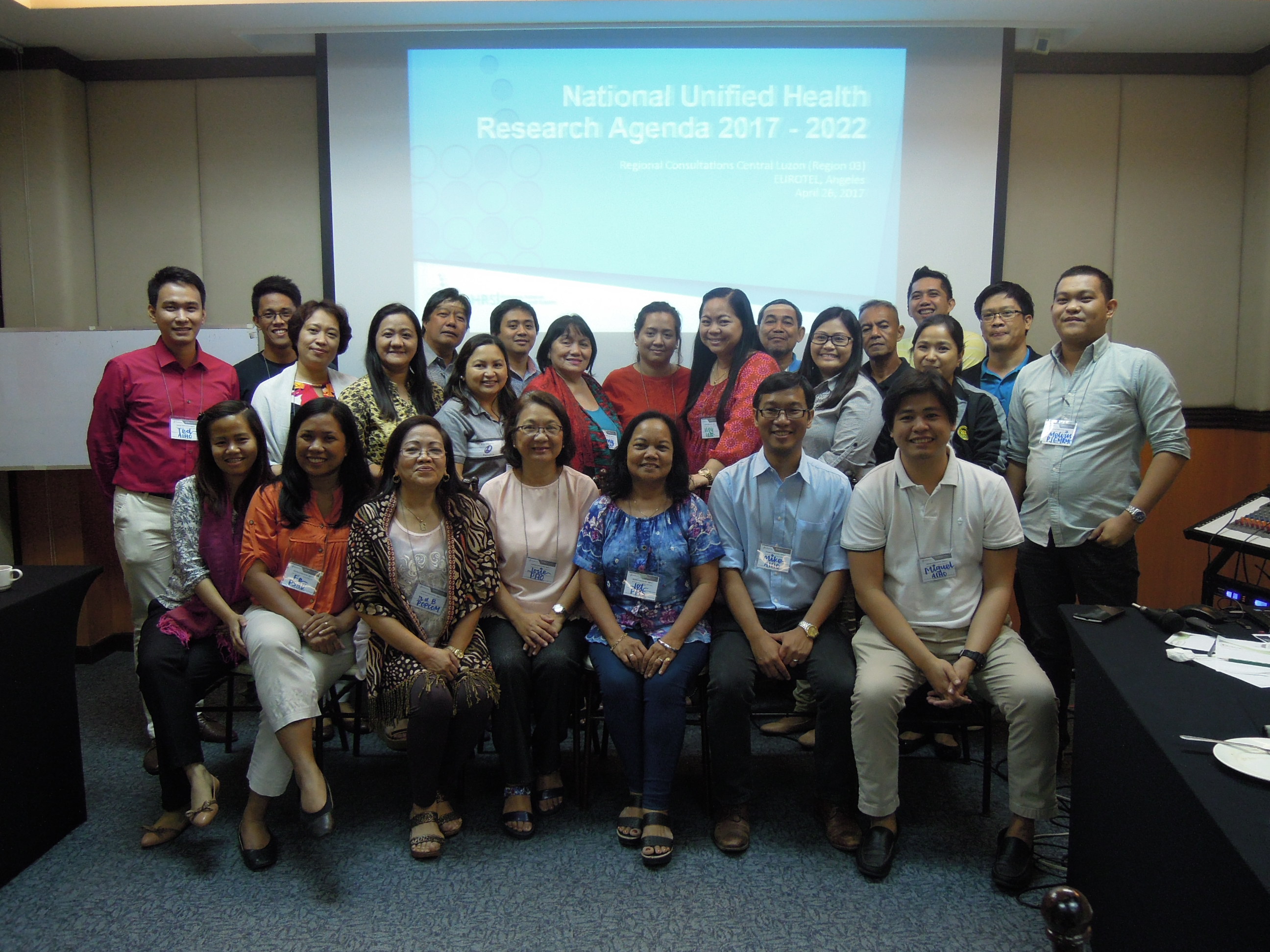 Participants from different institutions with the AIHO members